You are here: Home / Chronicles / US and UK Politicians; Please come to Nigeria for a lesson in enjoyment 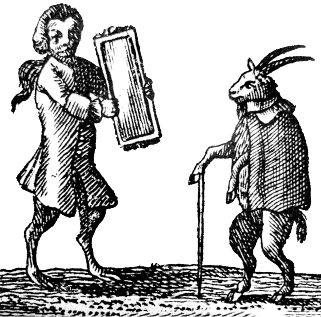 Na wa o!!! Just imagine, the prime minister of the UK, a whole UK, has a salary and other emoluments of less than 140,000 British pounds(#47m) per annum. Imagine that!! How can I be the Prime minister of the whole Britain and they’re giving me peanuts? To make matters worse, he flies on British airways anytime he wants to travel,”what an insult”!!

A US house of rep member’s salary is between US$170-180,000(#34-36million) per annum. Is it that these Americans don’t know how to enjoy? They don’t know how to tell the agency handling their salary structure to ‘behave’? I would rather be a house member in Nigeria than being a house member in the US biko. My God did not create me to suffer just because I want to serve my people. Na wa o!! Wicked people!!

Obama’s salary hovers between US$250,000-300,000 per annum(#50-60million). So with all d plenti grammar Obama dey yarn, E nor get money? Chai!! O di kwa egwu o!! How would I be the President of a whole US and I would be taking that as my total package? Infact it pays me to be the governor of Kebbi state than being the President of the US. Notin dey dia!!

Wait a minute, Alameisiagha(former Governor of Bayelsa state) had over 500000 british pounds(#165m) (raw cash)in his house the time his London apartment was searched over 7 years ago. Infact the metropolitan police guys searching his house almost fainted when alameisiagha told them that it was chicken money. Chai!! These UK and US political leaders are just ‘poor’ people joor!!

A constituent allowance, not the salary please,  for a state legislator can be up to 100 million naira(US$500k) quarterly in some cases!! The budget for the national assembly falls in the region of #150 billion Naira (about US$700 million). This is beside other “tins” that you are aware of o!! What this translates to is this: a member of the national assembly would “legally” take home, at the minimum, over #300million/annum (about US$1.5 million). Can you beat that? To hell with British Prime minister’s position. The Presidency of the US can go to blazes joor!! Haha!! Can’t you see??? I nor dey for poverty level o!! Grammar nor be money o!!