You are here: Home / Chronicles / Wike has been sacked!! “Someone else” is speaking Russian now… 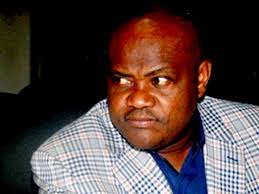 Wike has been sacked!!  He was told to prepare for a re-run of an election in which he said he won  about one and half million votes while his opponent won less than one hundred thousand votes. The tribunal said that the elections “na wayo”. However, Wike still remains Governor of Rivers state until all appeal processes are totally explored by him.

I have stayed in Rivers state well enough to understand the nature of elections in that state. It would be the height of hypocrisy for anyone to say that elections have always been “free and fair” or anything close to that in any sense in that state. I witnessed the 2003 elections that re-elected Peter Odili against Sergent Awuse. It was a “banana of an election”.  They just used the security forces to allocate the results to the ruling Party. There were no elections but Odili was awarded with “fantastic votes”. It was as if Sergent  Awuse didn’t  contest at all.  However, because the centre was with the ruling party,  everything went their way.

The same thing happened in 2007. Omehia was just allocated the results I tell you. There was no real election at all. Rivers state presidential elections in 2007 just followed the same logic. The award of votes followed the same pattern. The same logic was followed in 20011 when Amaechi won Sekibo in that gubernatorial election. That election was supposed to be a close one  but Amaechi was able to use the machinery of the ruling party to win the elections. If you noticed the way he was going around and asking specific questions about “result sheets” from the electoral officers during the 2015 gubernatorial elections you would understand better. Ofcourse center, he wouldn’t have done so if he were with the ruling party.  He knew how he won in 2011 but was trying to prevent the same scenario in 2015. He was just “muscled “out of the show.

The problem of Wike is simple; he doesn’t have the power at the centre as he was used to anymore. The power that elevated him as a minister of state far above a sitting governor is no more there. The power that gave him(as a minister of state) authority over the state police commissioner is no more. The Rivers INEC chairman is now speaking in Russian which Wike doesn’t understand. This wouldn’t have happened if the power he had in Abuja was still there. Once you don’t have Abuja with you winning Rivers state gubernatorial election  would be like swimming across the Atlantic ocean.  Wike should know better..

Wike should understand better than his supporters in this “criminal game” called Nigerian politics. He knows in all facts that Rivers is peculiar. He got about  1.5 million votes when he was backed by Abuja power. Now that Abuja power has changed hands, he has lost the votes.

Wike now understands what it means to be in opposition to the centre. He has always been with the centre but this time it is different. Welcome to the new world my Governor..