You are here: Home / Life Experiences / Yewande goes to court for killing her husband. Madness or Ego? why? 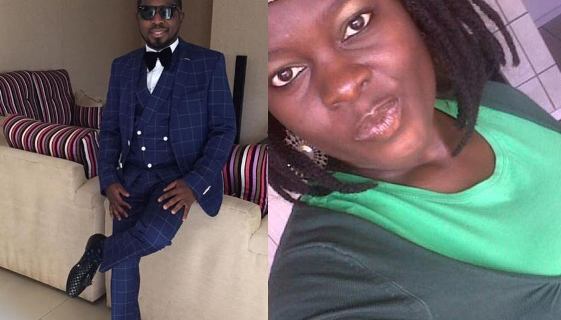 Yewande Oyediran was today in court to answer charges of murder. Who did she kill? She killed her husband Lowo Oyediran Ajanaku, at their home in Ibadan on Feb 3rd this year. Infact she practically slaughtered him. She made sure he was dead before allowing anyone near the man. What was the offence? The late husband fathered a child out of wedlock and she is yet to give birth after 3 years of marriage. In her opinion, that was a “death sentence” which she dutifully carried out in the most perverted fashion. Just imagine that!

Mind you Yewande, the killer, is a lawyer and she works at the Oyo state ministry of Justice. She is also the daughter of a retired renowned Judge in Oyo state. So we are not talking about a nonentity in this respect. The question now is this; Why? Must you kill your husband to score a point? Must you commit murder because you are aggrieved?  What kind of ego is driving this madness? The way things are right now, she has lost everything I can tell you.

We are in a world where the institution of marriage is taken as a do-or-die-affair. It shouldn’t be. People must know when to say enough is enough and move on with their lives. Killing is definitely not an option I must confess.

Who gained in this madness? Certainly not the dead husband, Likewise, Yewande was a big loser in this game also. She should see her life as essentially gone.  The two families, who laughed and felicitated with themselves 3 years earlier during the wedding, are now mortal enemies. They have lost big time.

Yewande is back in prison. She has torpedoed her life just because she wanted to prove a point to a cheating husband. The funny thing is this: no one is talking about the cheating husband anymore; it is Yewande that is now the news. She is the devil incarnate in this case. She has, unwittingly, changed the trajectory of the case against herself. The own goal she scored has been recognised by FIFA as a goal for the non-footballers. She has swallowed what would consume her.

Just like Mr Shonde who killed his wife, Yewande has booked her name in the book of ignominy. This is a case that has effectively ended her life as it were. So sad!!

The earlier we take marriage as something to be enjoyed by two people, the better for our peace and stability. It cannot be a do-or-die matter. If we take it so, then, life would be good for everyone. Yewande and Shonde have found out how re-definition of marriage in their terms could be dangerous….Ewolewoo!!